Gimena Vera was born in Montevideo, but her parents decided that they wanted a different quality of life when she was 3 and they moved to Colonia. And Gimena followed their steps! After studying Engineering in the capital city and working in several technology companies, she had her first daughter and decided to return to Colonia, where she began at the SEA (Software Evolution Area), until she became a SEA Manager. She’s now 34, she’s been working at Infocorp for 7 years, and every day she faces the challenge of being a working mother, but she does a great job and we’re proud of her!

Do you remember when you became attracted to technology?

When I was a little girl, I went to computer classes. It sounds ridiculous now. It’s like a father sending his son to learn how to use the TV, but in those times not everybody had a computer, there was no internet, so we did thinks like logos, programming simple orders through commands.

So, your parents were visionaries…

Yes. The thing is that I wasn’t one of those girls who wanted to go to ballet, play music or swim, so they looked for something to keep me busy with (laughs). And when I was 9, the Magi brought me my first computer.

Do you remember its brand and model?

What did you use it for?

Well, it had LOGO and BANNER, which is what you used to create banners, and then I would print them. I was the banner queen for father’s day, mother’s day, children’s day, birthdays, etc. Then I started doing things with Office. I think that in 2000 we got internet at home, but I could only use it after nine pm, because it was cheaper.

Did you know you wanted to study engineering right away?

Yes. I was never great at Math, Chemistry, or Physics. I wanted to study Engineering and I obviously didn’t know what it was, I only knew that it had to do with computers. Likewise, to my surprise, after I started Computer Engineering, I realized that I didn’t like programming that much, but what had to do with projects, the management area.

Let’s talk about your time as a student. How many women were there in your class?

The first years were difficult. You entered a classroom at 7 in the morning to get a spot for 9. We were about 300 people, and there were two or three women. In my study group, I was the only woman. Throughout the career, courses stopped being so general and I got to know some other women. Luckily, that has changed, but I am part of the 2004 promotion and during those years, there was a minimum number of women.

Was that problematic or uncomfortable for you?

At times, yes. Mostly at the beginning. There was a lot of competitiveness, and men were very used to acting as if it were a game. It’s common for men to have done some sort of programming before starting University, so they tend to demonstrate that “I know more.” When you start evolving in the career you don’t see it so much, and you always end up having fellowship, because that’s how everyone can move ahead, since it’s a very difficult career. I wouldn’t say I felt discriminated against, but every time a woman entered the library everybody would turn to look, even though it also happens in other places where most of the population is male. In any case, I’ve always had male friends, and I’m used to always working in groups where men are the majority. Even at the Infocorp office in Colonia, until two years ago, it was mostly men and I. We’re now 28 people, and there are 3 women, even though Infocorp is a company with many women, including our CEO!

And what is it like to lead a team of men?

I never had any trouble. Maybe women tend to keep things to ourselves and be upset. I don’t know if that’s the right word, but to get bothered or be more sensitive. But in general, it all works out fine. And it’s actually not hard for me to lead, because we have a beautiful team. I changed from being an Account Owner, which is already a position of leadership, to leading the whole office, and I never had any problems. At first, I had doubts and some fears, because it was the first time I faced something like that, and also the former leader is an excellent person. But now I’m happy, and the new office is gorgeous, very modern, large, with a lot of light, and very stimulating.

I started out as junior programmer, and I was there until Federica was born. I came to Infocorp, and some weeks later I learned that I was pregnant, so I have always been very thankful for all the support they gave me. I didn’t know I was pregnant when I started working here, and I know that sometimes projects are complicated because of the timing, but they were great about it. After my maternity leave, we decided to come to Colonia, and then I changed from the project area to the SEA.

Everything happened within the same company, but for me it was like changing jobs because it was a new city, a new office and a completely different team. There were 8 men who had been working together for years, so accepting the first woman was like “Ugh, what a drag, we won’t be able to talk about soccer, or curse.” But then they noticed they could keep on doing the same things. And from there, I became a senior programmer, and I became responsible for an account. In 2016 I took my first business trip, and after that I got the Account Owner position. In 2017, I became a mother for the second time, with Bianca, and by the end of 2018 I became SEA Manager.

Did you feel you could build a career at Infocorp from the beginning?

When I started in the projects department in Montevideo, yes, no doubt about it. When I came to Colonia, I felt that I didn’t really understand the SEA structure, but I also know that Infocorp is always reinventing itself. It’s a place that undoubtedly gives you the flexibility you need to find your place. Positions are constantly being opened not only in Montevideo but also in Colonia and Chile, and there’s also a lot of interaction between the three offices, which is great because you get to learn a lot. A lot of initiatives are taking place as well, and people really value that.

What do you like the most about your job?

G: Dealing with people. Both internally and with the customer. Knowing several cultures, ways to see and do things. I like management a lot, talking, exchanging ideas and making initiatives happen.

How do you handle work stress?

You learn along the way. At first, everything is scary and uncertain. And undoubtedly, there are very stressful moments, for example, when things aren’t working, because that’s when the customer is at stake, as they’re risking their reputation. A very frequent comment from customers when something is not working is “What are they going to say on Facebook and on Twitter?” We have had moments of a lot of stress and pressure, and the support you get from everyone at Infocorp is great. I have never been given a “time out” for something that could have been done better. What I always heard was “We’ll work it out, we’ll learn from this, and we’ll keep moving forward,” and that’s the spirit with which I treat the people that work with me.

Being close to my family. I missed them a lot while living in Montevideo, I came every weekend. Well, truth be told, I also miss Montevideo a lot. But Colonia is a beautiful city, you have places to go all year long, and summer is the best time of the year, because there are many gorgeous beaches. I have one very close to home and I enjoy the fresh air, the BBQ, the dogs.

Do you have any hobbies?

I love reading, although it’s harder now with my girls being so young and remote work. But I sometimes read technical stuff, on leadership, novels, I love reading in general.

What was your last Google search?

If the term “reserved names” was correctly spelled.

Julie Alonso came from Cuba one year ago and is happy in Uruguay, even though she misses absolutely…

At Infocorp we encourage asking for forgiveness rather than asking for permission. Elena Rubin

With this phrase, very much appropriated at Infocorp, Elena Rubin, Head of the People department, summarizes how powerful… 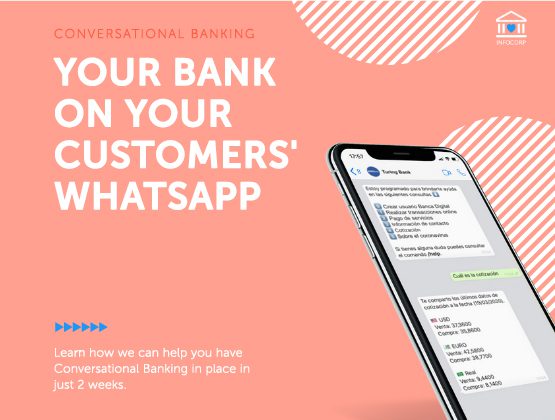